The Paradox of Choice for a Programmer

In everyone’s life, we strive to find our own self-identity.  Some of us establish ourselves rather naturally while other’s take a while to truly understand and mold their own self truth.  We see it every day with every time we experience new things and try out different solutions to a problem; be it in algebra, Rubik’s Cube, or even a more socially-related problem.  This search for self-identity is apparent to everyone since no one wants to be a nameless drone who mindlessly obeys big brother; we want to stand out from the rest.  We want to be unique, just like everyone else.  This sense of identity and individualism surpasses the realm of how an individual acts or behaves, it also crosses into a realm of how a person shapes their career. While this is an extremely important factor in some fields (i.e. Journalism, Politics, Sports, etc), it can also cause issues in other fields.

Individualism in a career leads to people trying to be the best at what they do. Journalists and photographers strive for the recognition of fame and prizes; politicians strive to be elected. People strive to seek value in what they do and eventually hope to build a reputation (and furthermore a legacy) around their works and their individual brands; however, this could also turn into a self destructive motive in some fields.  One such field is software development.

No field isn’t without its celebrities.  In the greater Information Technology field; it’s hard to argue that Bill Gates, Steve Jobs, and Linus Torvalds are amongst some of the names that come to mind as “celebrities” in the culture.  In every development circle, be it .Net, Java, Lisp, or Ruby, there are also those types of people who tend to stand out and people recognize the names. At a micro level inside of your company, is there a celebrity or “go-to” person whenever there’s a crisis that tends to wave their hands and make the fires go away?  Here’s the catch though, what happens when your company has more than 1 of these people?

Software developers are a lot like carpenters, in my opinion, when it comes to individualism. Each professional has a set of restraints but no 2 may do the same thing the same way. Sure there are frameworks and regulations that have to be adhered to but in the end, how the product was ultimately constructed could be vastly different.  This is where the issue of individualism in our profession can be seen the greatest.

I once worked for a company who wrote a number of different software solutions for a wide variety of clients.  These projects ranged from Business-To-Business process to e-Commerce sites to internally used CRMs.  For years the request always came in and for years the same types of application were developed from scratch.  Admittingly, I was part of the problem; I focused on the differences and argued that a standard platform couldn’t be developed. Experience has taught me that I was wrong in those days.  The issue with reinventing these applications each time was each one was different to varying degrees depending on who developed it.  As developers on the team shifted from project to project or as new developers came on board, the projects turned into a nightmare of a learning curve.  In addition to the learning curve was the issue that it caused deadlines to be extended. The only advantage was that each developer learned from their past experiences (usually). 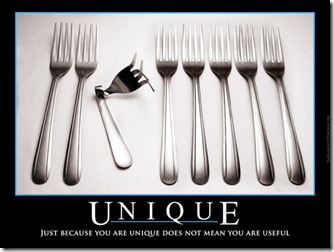 Obviously, the need to automate the foundation was seen but at this point, the paradox of choice sat in.  Which of the various frameworks that other people had made do you chose to be the basis of all applications going forward? Since we’re talking about business-related decisions, it could turn political at times and personal matters of pride at others. It’s not an easy question to answer.  The same can be said about a new, rank amateur developer who just started or is thinking about starting.  Not only is it a choice of platform (Web, desktop, etc.) or language; but also a matter of what frameworks to use with such.  If we target .Net and pick C# and the web platform; MS now has ~4 frameworks to focus on (Silverlight, WebForms, MVC, WebPages)…looking at just MVC, there’s a large list of subprojects by other developers within the community who enhanced it in their own image; some more widely known than others.  A person may ask which is better on a forum and then the whole pissing match of which framework tastes great or is less filling.  A person become paralyzed by the amount of analysis he or she feels just to make a simple decision. This is the paradox of choice; too many choices leads to analysis paralysis. Below is a video that accentuates the paradox of choice further if you are interested.

So what is a person and/or company to do when faced with a number of individuals who believe theirs is the best way?  Ultimately, just decide.  To an extent, this is risky; however, nothing says that you can’t change later.  Egos will subside since the goal is to work more efficiently as a company, as a collective.   Put the vocal critics in the forefront of the decision since they, theoretically speaking, will be the most critical of the decision and have their eyes open the most to issues that may arise.  For those issues, those same people may turn into the ones who enhance the decision more into something even better for the whole as well. Furthermore, nothing says that you can’t decide to focus on the parts and not on any whole framework. Sometimes, it’s better to find small tools and utilities instead of something completely encompassing.  The key though is to just decide and don’t be afraid to change if you need to later.  People can still make a name for themselves and still seek individuality within and outside of a company and community.  The secret is to strive for the collective of a given company to form their own group identity for when that happens, individual styles will merge and anything is possible.